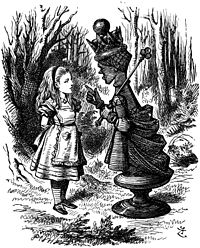 In Lewis Carroll’s Through the Looking-Glass, when explaining the nature of Looking-Glass Land to Alice, the Red Queen says “Now, here, you see, it takes all the running you can do, to keep in the same place. If you want to get somewhere else, you must run at least twice as fast as that!” Such is the nature of competing in the financial markets.

To further its edge in the markets, JKG applies Occam’s Razor, which states that among competing hypotheses, the hypothesis with the fewest assumptions should be selected.

“It is vain to do with more what can be done with fewer.” – William of Occam